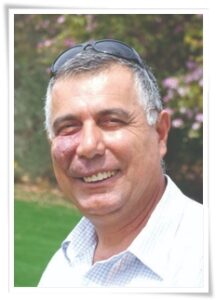 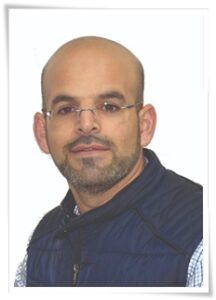 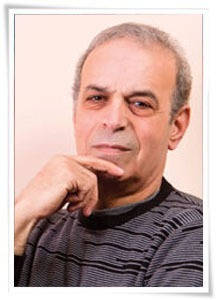 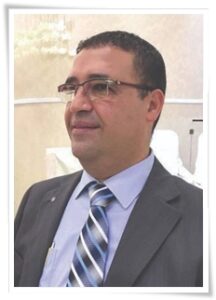 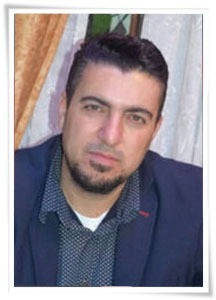 الفنان إيليا بعيني
He was born in Haifa and lives in Abu Sinan. One of the founders of the “Ibdaa” association, and president of the association for several years, a member of the Association of Painters and Sculptors in Israel, he graduated from the Art Department of Western Galilee College and Ornim College. He works in a zinc etching studio in Kafr Yasif. He started by holding solo exhibitions first in Haifa, Nazareth, Jerusalem, Ashdot Yaakov, Kiryat Bialik, and Nahariya.

His works express the hopes, dreams, concerns and pain of global suffering, especially the Palestinian people. He participated in many exhibitions locally and internationally, and won financial and appreciation awards. His artworks are in various personal collections in the country, and in: France, America, Germany, Spain, Switzerland and England.

He worked for 12 years as an art teacher in the Ministry of Education, a guide for designing the educational environment, a lecturer for arts at the Education Staff Development Centers, and a lecturer for arts at the Academic College of Education in Oranim. Since 2001 an active member of Ibdaa Association. He has multiple solo and group exhibitions, is an organizer of festivals and fairs, and is a recipient of awards and scholarships in the country and abroad.

He has published three art books: “Hanifa” 2012 for his artworks, “Juhayna” 2017 for the works of artist Juhaina Habibi-Kandalaft, and “Artists from Tamra” 2017 and is working on publishing the book “80 Years of Photography in Tamra”. Since 2013, he has been Deputy Director of the Regional Center for the Development of Education Staff in Majd al-Krum.

The artist, Munir Qazmouz, from Acre, is a graduate of the WIZO Canada Institute of Graphic Design - Haifa.
His artworks are in the fields of drawing, graphic design and photography. Member of the Ibdaa Association for Arab Plastic Artists in the country.

In the past, he worked as a director of exhibitions for several years at Al-Yatir Al-Akiya Association, director of the graphic design department in Kol Al-Arab newspaper. Nazareth, a lecturer at St. Elias Iblin College, Department of Graphics Engineering, a teacher at Smarttech College of Nazareth and Baqa Graphica College. He currently works as Director of the Kozmouz Office for Graphic Design and Media and a photography instructor at the Acre Arts and Technology Center.